He competed in two Olympics in the mid-medium category,  one in 1988 in the Seoul Olympics & another in 1992 in the Barcelona Olympics. He trained with numerous BJJ fighters in the battleground.

In late 80’s he decided to get better & evolve his ground game with the famous Carlson Gracie Academy in Rio de Janeiro. There he crossed trained BJJ and Judo with Carlson Gracie.

He is renowned for the use of the famous Japanese Sode Guruma Jime choke or sleeve wheel constriction & was considered a master of this choke.

It is a choke in which the opponent’s carotid arteries or trachea is compressed and he used it in a different fashion,while the challenger pulls guard, which is considered very dangerous in Jiu Jitsu 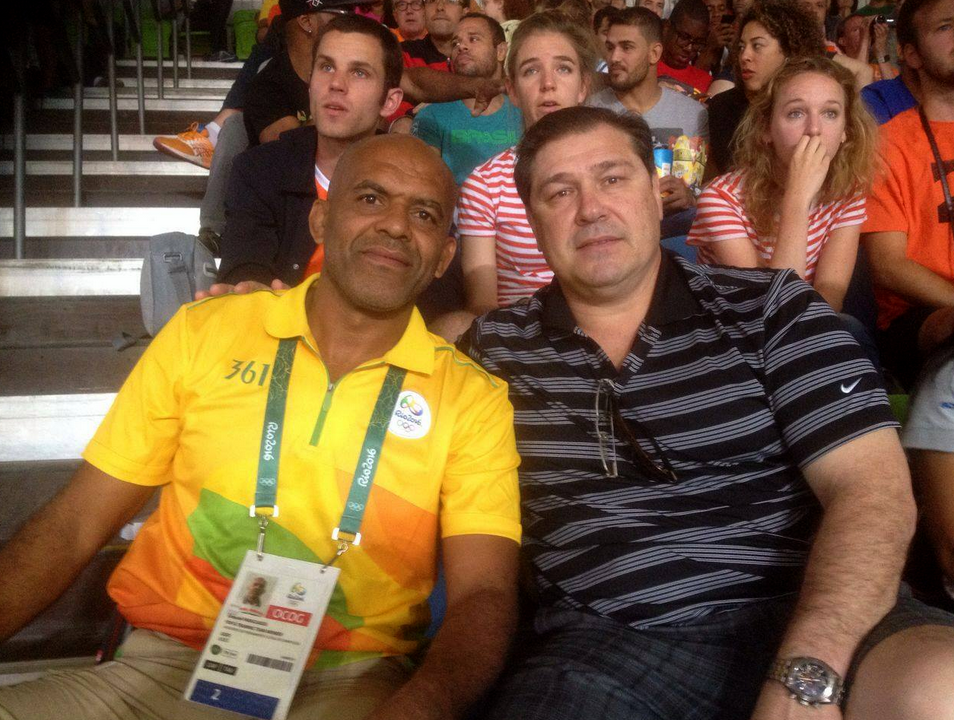 They say Ezequiel reportedly had trouble in passing the Jiu-Jitsu practitioners’ guards at the Carlson Gracie’s Academy, so he utilized the Sode Guruma Jime choke effectively inside their guards.

Its use by Ezequiel generated huge admiration among Jiu-Jitsu contenders. And many people start calling it the Ezekiel choke. Due to Ezequiel’s masterful command of this choke, the Jiu-Jitsu community decided to name the choke, Ezequiel choke after his name.

Ezequiel Dutra Paraguassu is one of the legends of the Brazilian judo & it was very nice to have a chance to see him with his teammate Aurélio Miguel (a Brazilian Olympic judo player) on the bleacher this time in the Rio 2016 Olympics.

It was great to see these two guys that were once competing side by side for the national team now sitting on the bleachers & cheering for the Brazilian Judo National team, this really shows a great sign of their longtime friendship.

A pure demonstration of how a tremendous & dynamic sport like judo can bring great experience into one’s life. We all should aspire to become like these legends and this can be possible if we focus on our BJJ or Judo sports with all our determination.