Wrapping up the journey of Jiu Jitsu in Stuttgart

Wrapping up the Jiu Jitsu 2016 tour in Stuttgart

So finally we come to the end of our voyage at the city of Mercedes-Benz and Porsche, Stuttgart, Germany.  The Stallion Gym- Arte Suave is an independent academy for Brazilian Jiu Jitsu in this city. This institute owned by Dominik and Franjo Artukovic and Alan Omer who is also a UFC fighter. 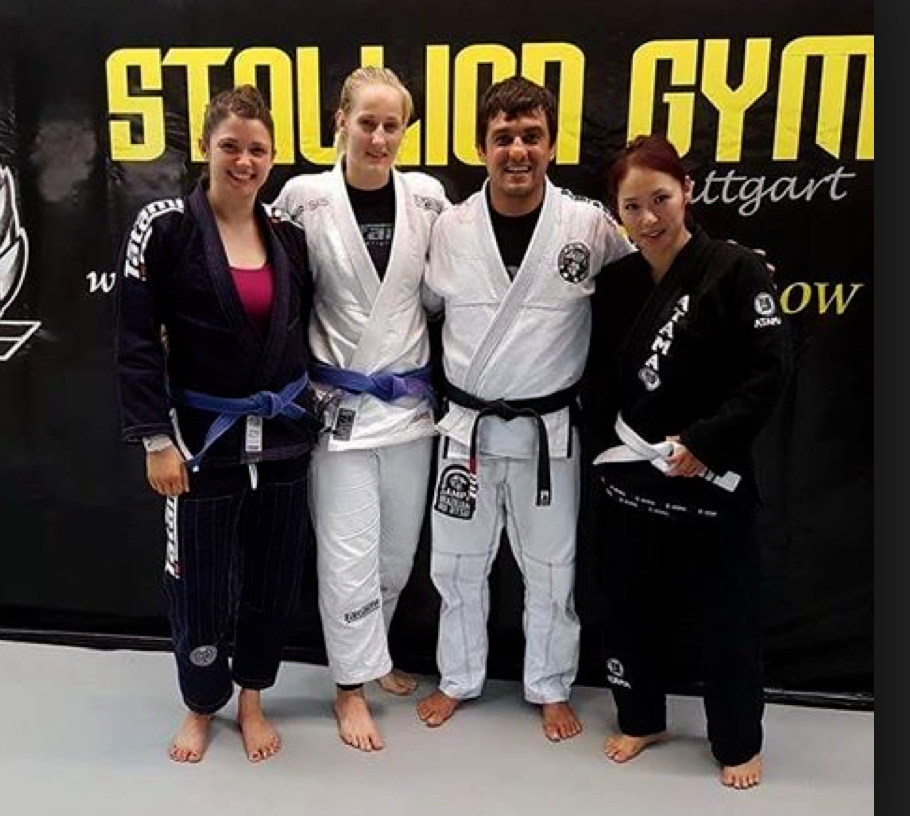 The trainers and their accolades

The Artukovic brothers have gone on to win medallions in the Gi and No-Gi classes. As for Alan Omer, he is a UFC featherweight fighter. He has many regional and national titles under his belt in submission fighting and MMA.

With such stalwarts for trainers, their team has bagged the winning title in German Grappling Liga also known as Deutschland Bundesliga Grappling tournaments for the second time in a row. These guys are doing an exceptional job of leading the art of BJJ in Stuttgart.

Their academy has a sprawling campus residing highly motivated and remarkable pupils. Their energy never ceases to amaze us. This is precisely why we take so much pleasure in coming down to Stuttgart time and again. It always gives us great satisfaction in teaching and experiencing their growth.

Passing on the art to the enthusiasts

This time around we had 28 people on the matt with energy levels up to 100%. Our session focussed on the various Guard Passes and Defences, Armbars and Mobility drills.

The end of our BJJ journey in Europe

Towards the conclusion of our seminar, we held examinations for the enthusiastic class. Many emerged as true warriors showing the potential of growing into future BJJ trainers.

We proudly awarded blue belts to five students for their extraordinary skills. Two students also got promoted to purple belts and one achieved the brown belt. We are always on the front to encourage young talent as these. Congratulating the Arte Suave Academy, we wish them luck for their future tournaments and training camps.