Prof. Renato here, I just got back from my long trip and we are already super busy with the upcoming tournament.
We decided to maintain the early bird price so please call front desk and let the staff know that you or your child will be competing at the Sampa Brazilian Jiu Jitsu No Gi summer Tournament 2017.

Tournaments are very important for a student development and career, adult or child, need to compete at least a couple of times before getting and after getting their black belts. 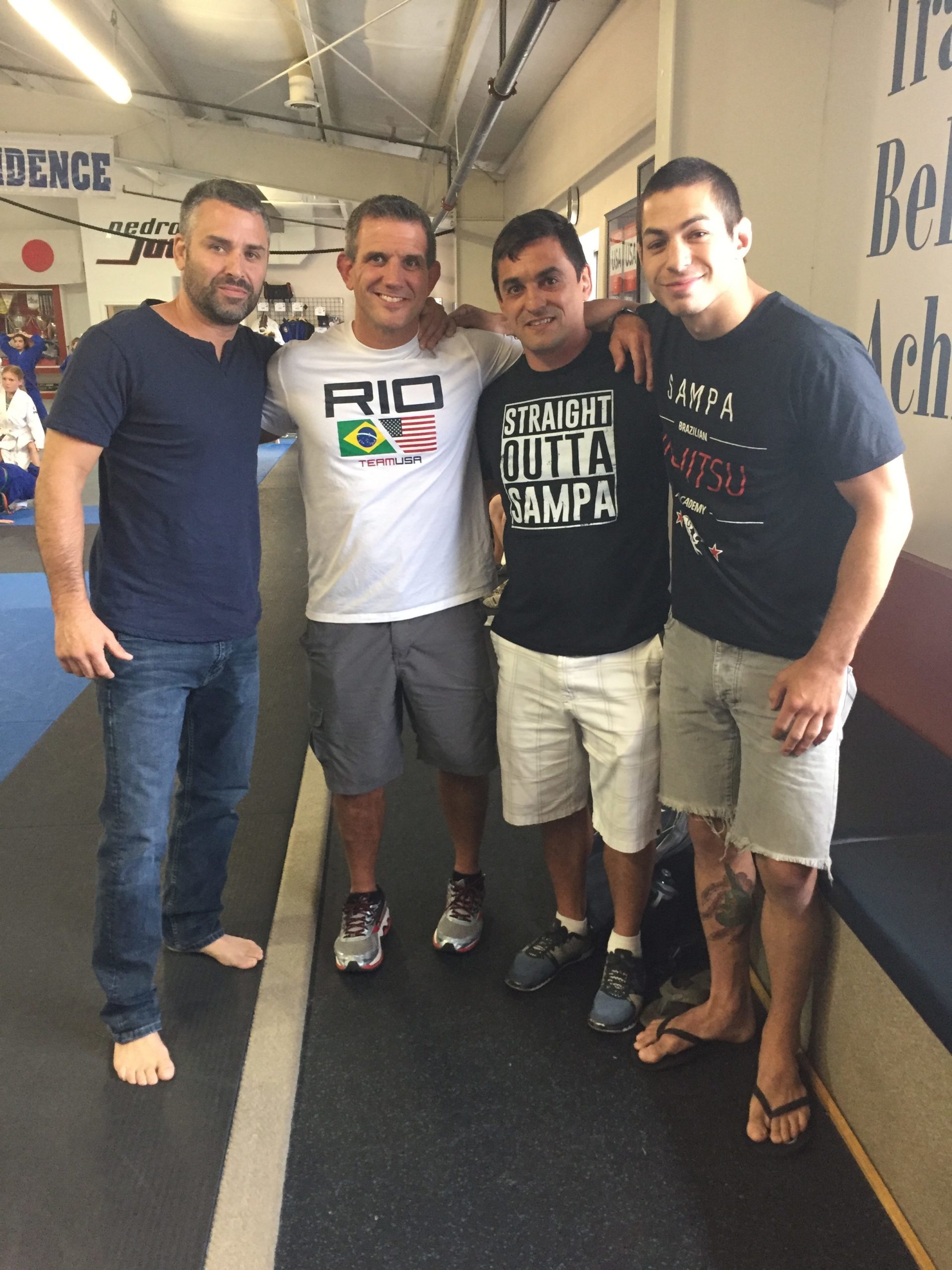 To be a legit Brazilian jiu jitsu Black Belt and eventually an instructor I believe that is very necessary if not mandatory to have some competition experience.

We are Trying to provide to our Jiu Jitsu and Muay Thai students some controlled environment competition.

Recently on my traveling I went to Jimmy Pedro Judo school in Massachusetts, one of the questions I made to him was if he obligates kids and adults students to compete, he said he does not obligates which leaded to my other question:

“How do You have many people from your school participating in competition and even being part of the National Team and competing in the Olympics like Travis Stevens and Kayla Harrison?”

He told me, that he first have everyone competing in the in-house tournaments which can be controlled in many ways such:

The funny Part is that we are doing the same even the frequency that Jimmy Pedro believes we matched which is every three months. To be precisely he tries in-house competitions every 8 to 12 weeks.
It is very rewarding knowing that we are in the same track as Jimmy’s Judo school which is responsible for three Olympic medals in the last two Olympic games.

But one thing is missing, Your Participation,!!! we are trying our best so you can have the best experience in Brazilian Jiu Jitsu here at Sampa but we cannot experib=nce it for you or your child. We need you to take action.

I will see you Saturday!