Last week I had the pleasure to watch even from distance the promotion of one of my Senseis, Massao Shinohara Sensei.

In 1996 I was training Judo and starting my career in BJJ and I decided to move to Sao Paulo, where the training was more intense and more like minded people on the mats, not only this but too many people available to train.

This was the same time that I’ve met Master Ryan Gracie, referred by Master Roberto Gordo. 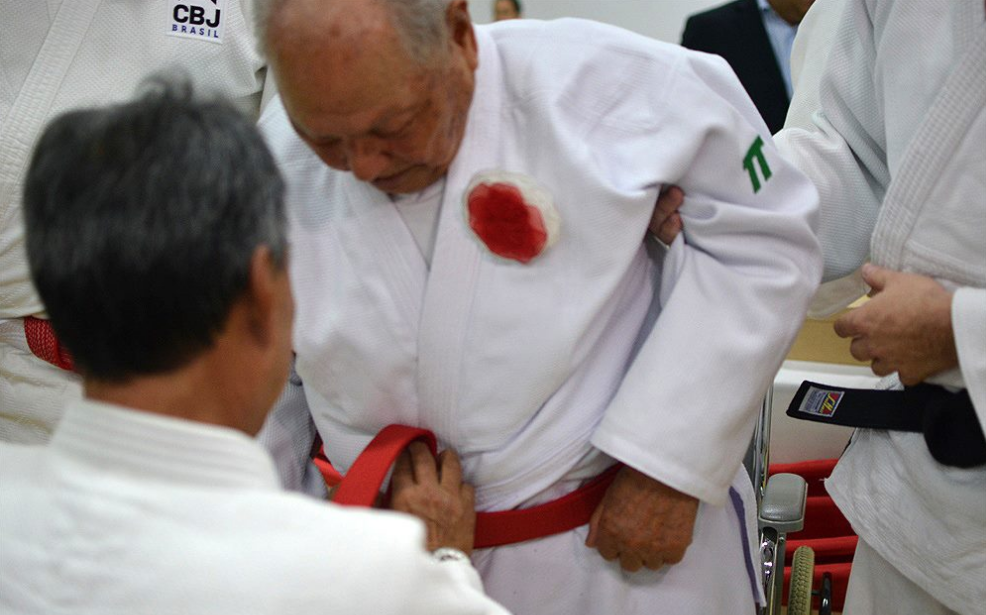 The Associacao de Judo Vila Sonia was where my judo path took off and much of my prior learning made sense, there they incentivize me to go to Japan and later, after making much sacrifice including selling almost everything I had, like my car, I made to japan and understood the importance of being there.

Two main teachers at Associacao de Judo Vila Sonia, Sensei Massao Shinohara and Sensei Jun Shinohara. They have helped me a lot, not only teaching judo but helping me get established in a city with over 17 million people.

I had the pleasure to eventually teach there and that was a great honor to teach at a place where once was a dream to only being part of, even as a visitor.

It has been over 15 years since I left Brazil and Vila Sonia Judo as well Ryan Gracie Team, and Early this Month I had the pleasure to receive the invitation for Sensei Massao’s Graduation ceremony and once more I was very honored to receive it and be remembered. 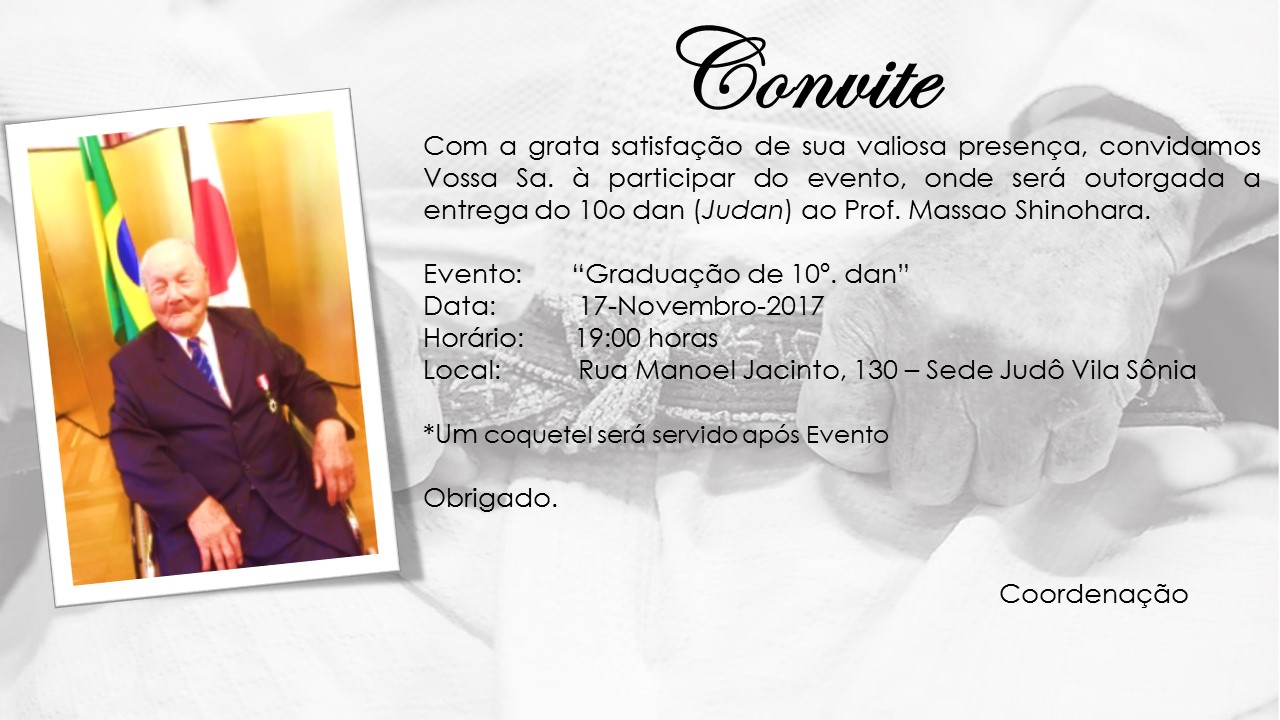 Unfortunately I could not make to it but I was there in spirit.

Sensei Massao started in Judo in 1940 and when started teaching Judo he had a school with only 10 mats, a very small and humble school, way different than today’s school.

Many Olympic level athletes were made there such as: Luis Shinohara, Aurélio Miguel (Olympic Champion and Bronze Medalist), Luis Onmura (Bronze Medalist), Carlos Honorato (Silver Medalist) and Cristiane Parmigiano.
Sensei Massao also explains the fact of another Family of Japanese immigrants Tatsumi Family had helped him at the early ages of the Vila Sonia Judo association to get the loans in order to build what is today’s school.
Mr. Juntaro Tatsumi used to say that Sensei Massao had a compromise/obligation to help the Brazilian Judo and the community.
Even at Mr. Chiaki Ishi’s book (Japanese Immigrant that later was naturalized Brazilian and earned to Brazil the first Judo Olympic medal), he points Sensei Massao as one of the pioneers and responsible for the Brazilian Judo to be where it is today, among a few others. He was also the Brazilian Judo team coach during the LA Olympics in 1984.

Sensei Massao Shinohara is now 92 years old and received on Nov. 17th the title of 10th Dan in Judo, being the first Brazilian in history to achieve such rank.