Prof. Renato is in Brazil now and We all know that it is the time many people have their end of the year celebrations.
So it was a good time frame to be at his old Judo place (Associação de Judo vila Sonia) where they were holding the Bonenkai (end of the year party in Japanese).

It was this Saturday December 16th it started 9 A.M. with the shiai (competition) then they had some Kata presentations followed by the ceremonies and the Sensei’s speech. 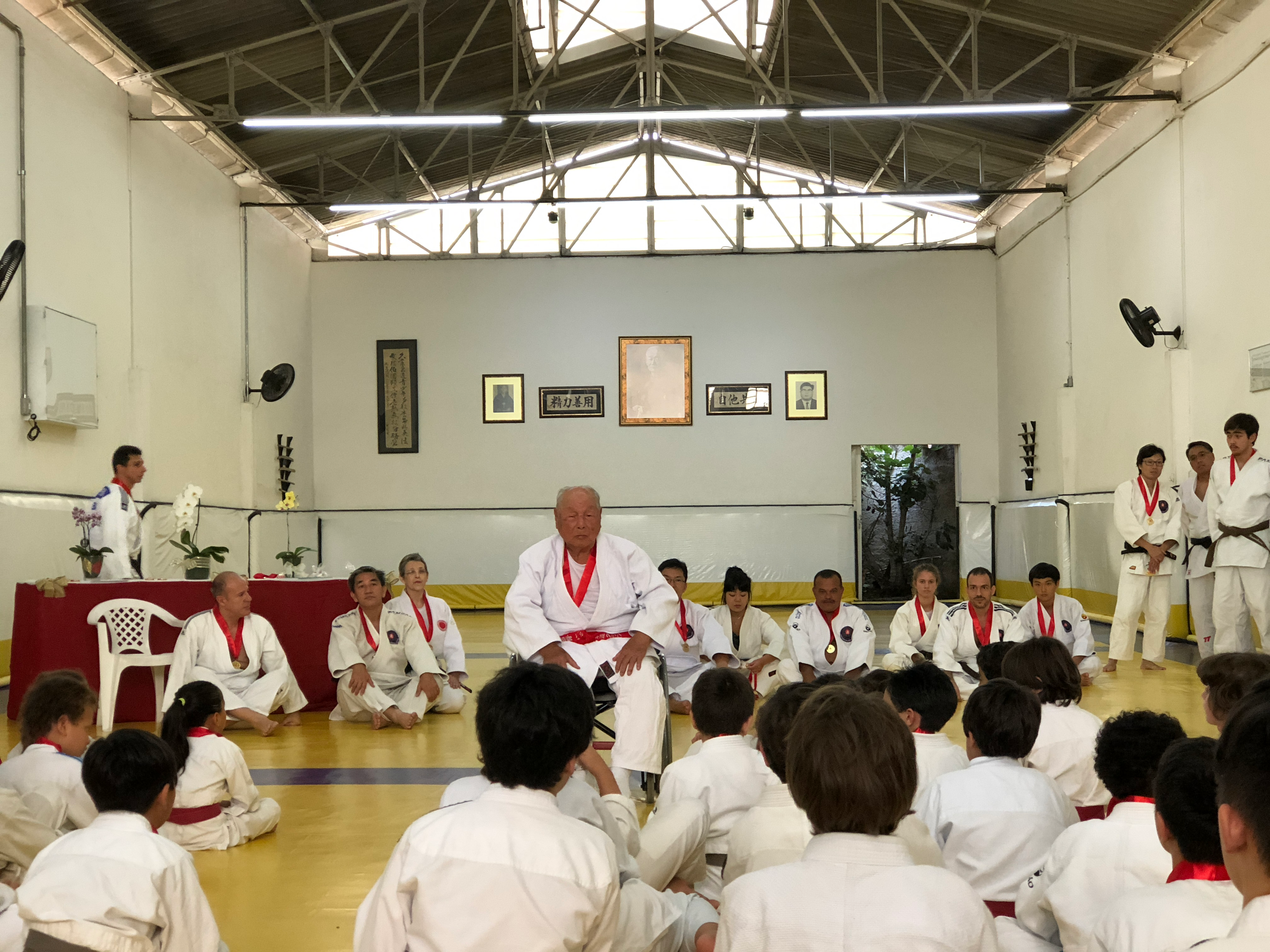 Afterwards prof. Had the great chance to meet again many old friends like Dona Ines (sensei Massao’s wife) Dona Ines used to cook for prof. Renato after he finishes his classes when he used to teach there Judo and jiu jitsu (Ne Waza).

Dona Ilda a mom of two of prof. Renato’ friends and training partners. Dona Ilda new that, that time prof. Renato was living on his own without much family help since family was living 200 miles away, and she used to wash prof. Renato’ gis and making them look great for judo practice and teaching.
Mr. Ruy was there too Dona Ilda’s husband, they were great helper in prof. Renato’s path.
It was over 15 years since last time they saw each other. 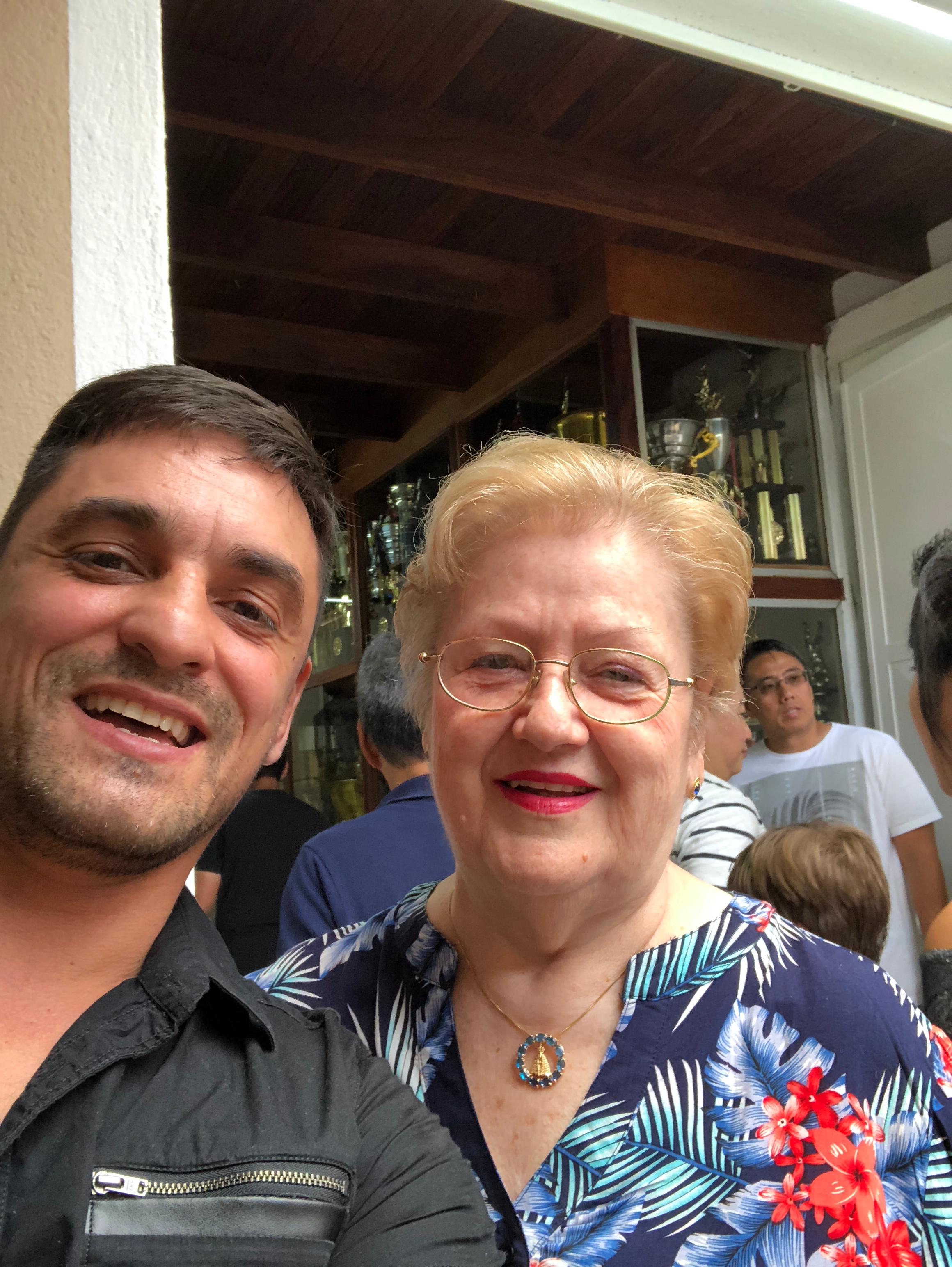 Sensei Juniti Shinohara the former Brazilian national Judo team coach and great teach that prof. Renato had much in technique but also much in methodology. “We had great conversations and hopefully we will be working together again in the future”.

He presented prof. Renato with a nice Mizuno black belt. 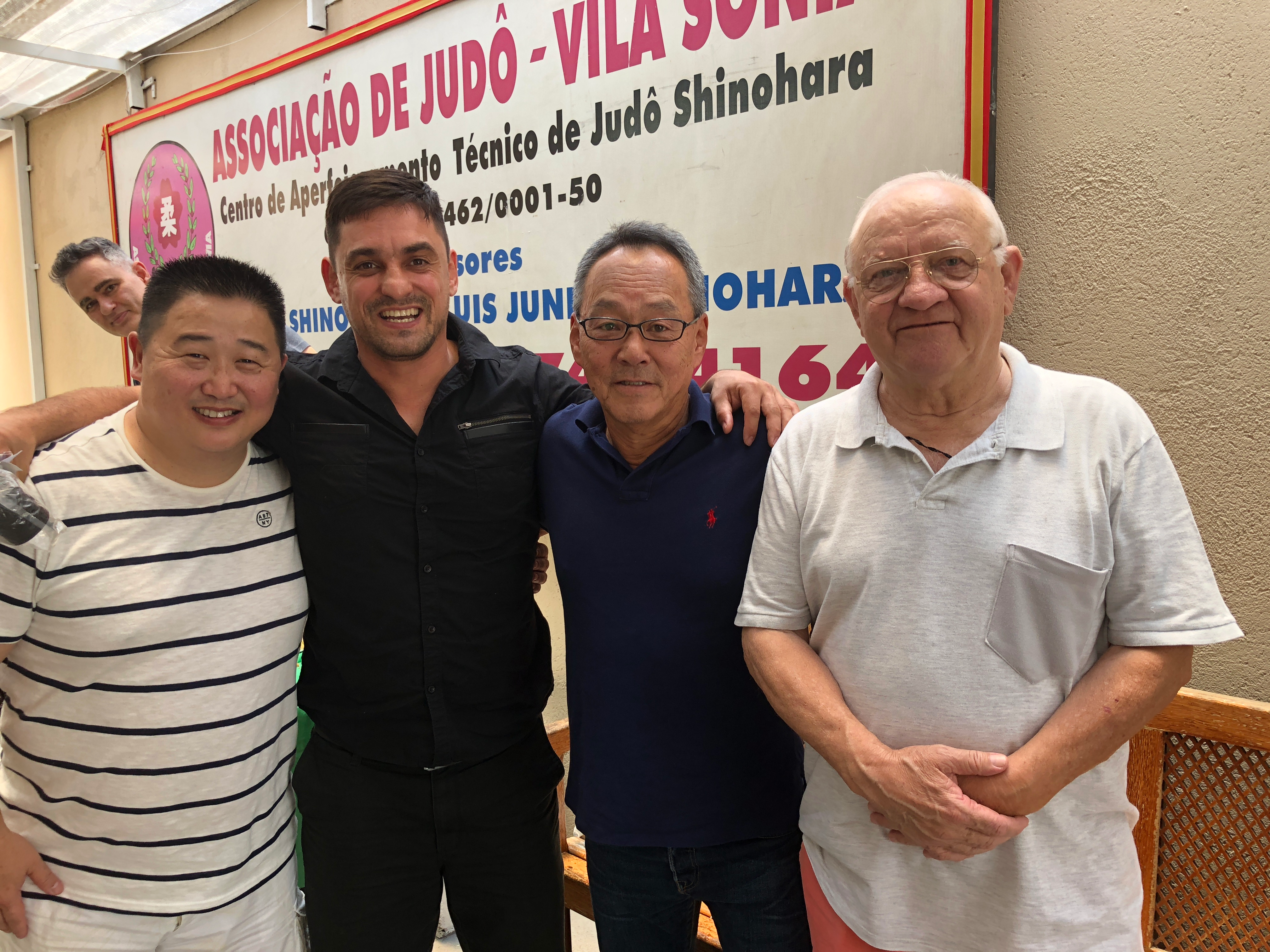 Sensei Massao Shinohara, the head coach of the Judo dojo he is a 10th degree Judo, now the highest rank in Brazil. His voice and legs are week so he spends a lot of time on a wheel chair, but he still teaches.
He presented prof. Renato with a medal that people made as a homage to celebrate his tenth degree Judo graduation. 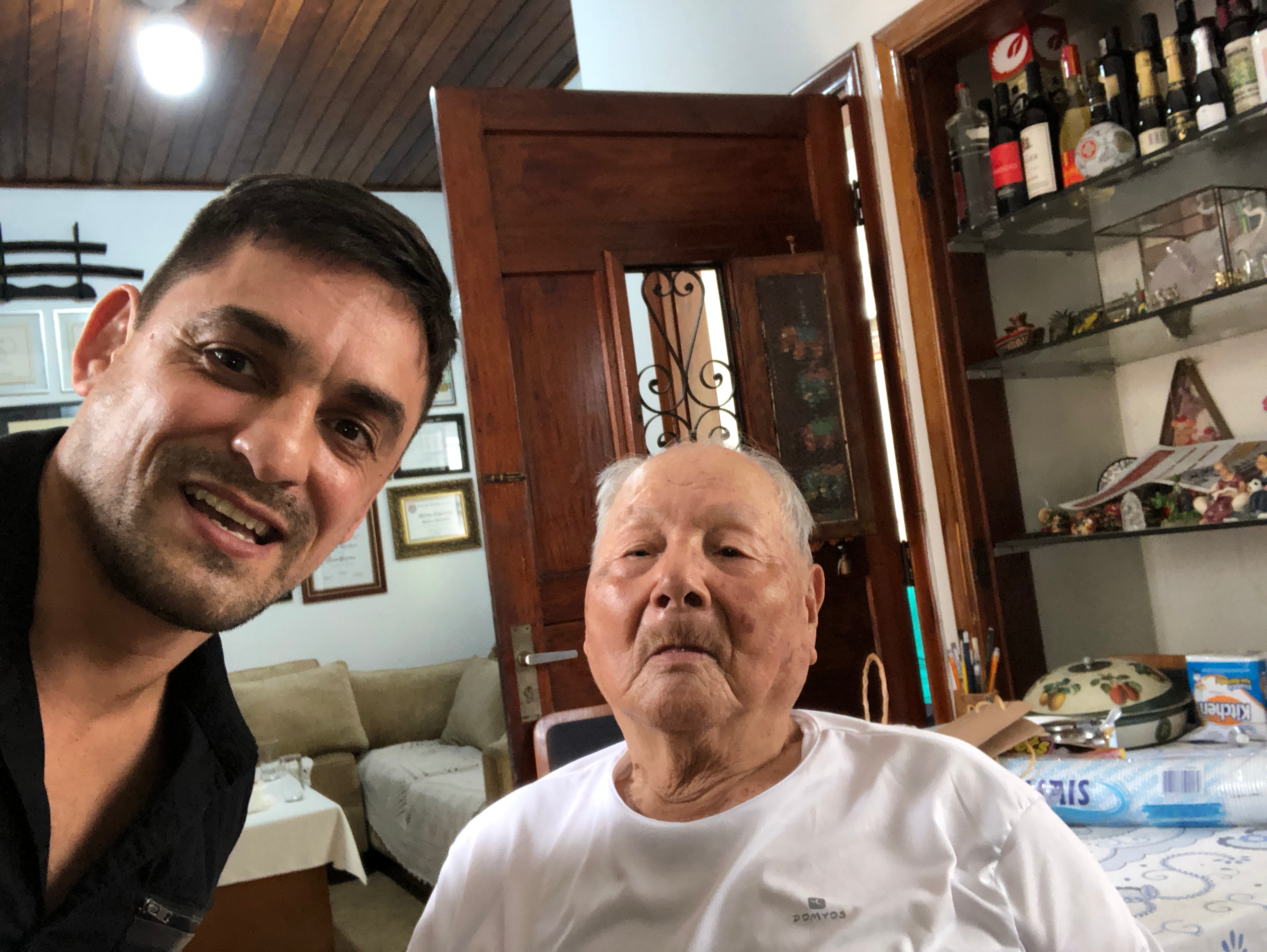 In the same day prof. Renato head to another celebration Party, it was now to meet again his university classmates again another great time and most of them prof. Haven’t seen since end of 2001.
Many of them are now teachers at high schools, some are principals, some change the field and became doctors one specially in United States, some have gyms like prof. Renato but in Brazil, other are soccer coaches for big teams in Brazil, one became the conditioning coach the Brazilian volleyball male national team and was an Olympic champion in the last Olympics Rio 2016.

Others are members of federations, some referees and some do consulting for professional leagues.
Amazing time, “ it is great to see old friends they are witnesses of our past” said prof. Renato and “it is good to revive some memories of the past so we never forget where we came from, how much we have accomplished and don’t take things for granted in an era where people tend to be less grateful for what they have”. 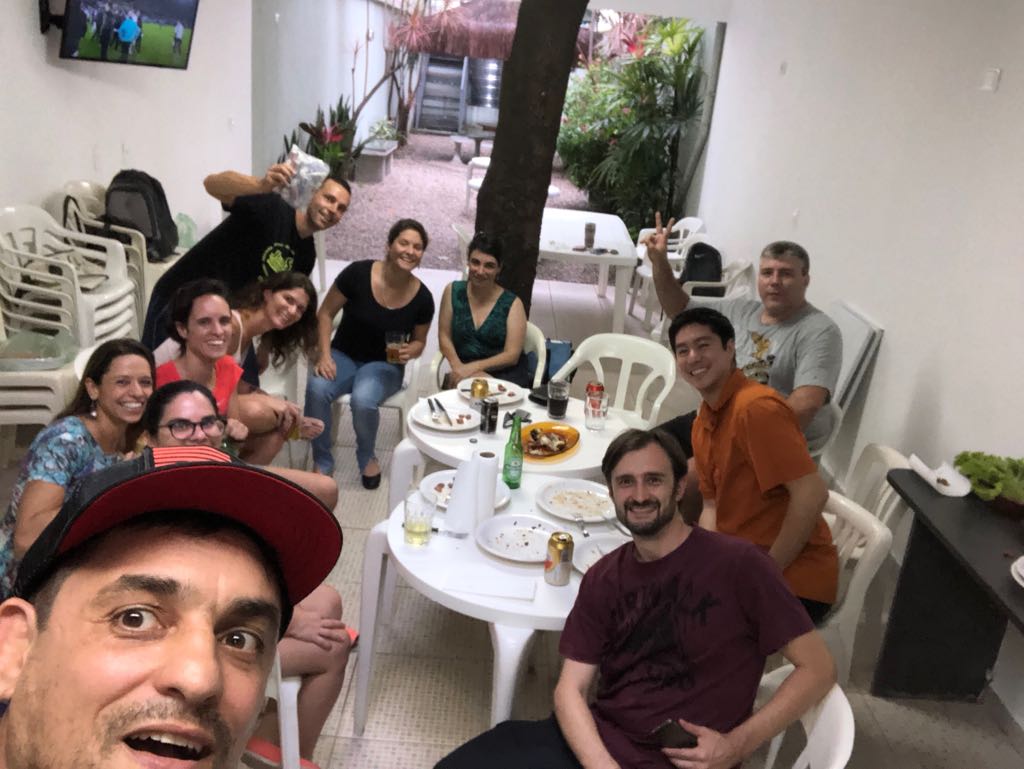