Japanese Jiu-Jitsu was one of the earliest martial arts to be formed into a system that could be practiced and taught. It came long before the Brazilian version, which wasn’t formed until the early 1900s that a Brazilian family, the Gracies, took the ancient Japanese martial art and modernized it. Today their Brazilian version is taught in schools all over the world and is recognized as one of the most effective forms of self-defense.

Japanese Jiu Jitsu was the original samurai art, formed centuries ago. It’s even speculated to have originated in India among Buddhist monks who were looking for a way to peacefully defend themselves. Some call it the “mother art”. It incorporated everything that they needed to use on the battlefield when the samurai soldiers were fighting. Obviously certain assumptions come along with that; that you are big and strong, that you are wearing armor and that you’re carrying a samurai sword (a katana), but actually, the name Jiu-Jitsu can be roughly translated as the “gentle art” which means that it’s meant to be performed without weapons. 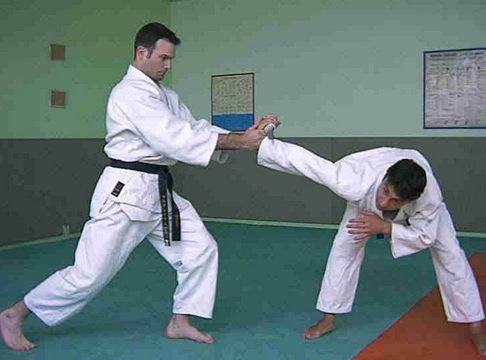 Japanese Jiu-Jitsu, which was known as Judo at that point, was introduced to the Gracie family in Brazil in 1914 by  Mitsuo Maeda, a Judo champion. One of the members of the Gracie family, a boy named Helio, was physically frail and unable to participate as a boy. Instead, he watched his brothers teach classes at their family’s Jiu-Jitsu gym and after years, memorized all the techniques and developed his own system of Jiu-Jitsu that would work for his weaker physique. He modified the moves from the original Japanese style and created his own, which was eventually dubbed Brazilian Jiu-Jitsu.

The Brazilian version of Jiu-Jitsu is much more simplified than the Japanese version, which is most likely why it’s so popular. By including fewer techniques in the art, Brazilians are able to concentrate their practice on honing and mastering fewer skills. It’s now a competitive sport with an international championship.

It is true that a lot of the techniques that we see in BJJ originally came from Japan, but BJJ has actually built on it so much more now. It’s like branches of a tree. When you learn Brazilian Jiu Jitsu, you will see a lot more branches coming out. You become more able to actually react to what the other person is doing. Many times guys with a Japanese Jiu Jitsu background are more aggressive and harder simply because they have to enforce the techniques that they know. 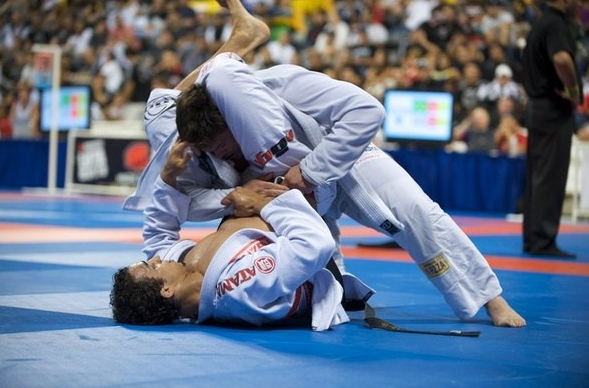 Brazilian Jiu-Jitsu has also been popularized by an American sport called Mixed Martial Arts, or MMA. In an MMA fight the competitors can use kicks, punches, knees, elbows, take-downs or submissions to defeat an opponent. Brazilian jiu-jitsu lends itself very well to the sport because it’s a very effective way to neutralize an opponent, take them down and force them to submit.