Brazilian Jiu Jitsu and Muay Thai for Women’s Self Defense

Brazilian Jiu Jitsu and Muay Thai for Women’s Self Defense

Even though Glendora, Walnut, Covina are considered safe cities, unfortunately we never know what can wait for us out there, especially for women. Sampa BJJ, martial arts school located in Glendora and Walnut, is known for their concise and effective program that also focuses on Women’s Self Defense.

By definition, self-defense refers to using physical force to protect oneself from an immediate aggression. It has to be improved by learning combat techniques that aim to help the combatant to defend himself against physical aggression. Nowadays, self-defense has become an absolutely necessity.

Brazilian Jiu Jitsu has become immensely popular since the beginning of the Ultimate Fighting Championship franchise. Many competitors in the UFC use Brazilian Jiu Jitsu in their matches. Although most women probably are not interested in getting into the UFC ring, the grappling techniques of Brazilian Jiu Jitsu can be beneficial for women to learn. Sexual assaults and other attacks against women often end up on the ground. Brazilian Jiu Jitsu has a strong emphasis on ground fighting, which can help women learn how to defend themselves when pinned underneath male attackers. 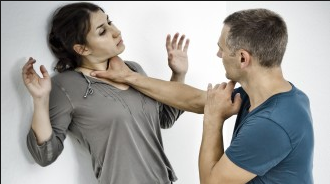 Since Jiu-Jitsu allows a small and weak person to submit bigger opponents with the use of proper techniques, especially when the aggressor has no ground fighting knowledge, its use as a self defense system has increased over the last years. Its effectiveness has caused it to be recognized and incorporated into a variety of programs, from top military special forces to women’s self-defense. In mixed martial arts, proficiency in grappling and ground fighting has become a prerequisite, and Brazilian Jiu-Jitsu remains one of the most dominant martial arts in MMA.

Thai boxing is a combat sport of Thailand that uses stand-up striking along with various clinching techniques. This physical and mental discipline which includes combat on shins is known as “the art of eight limbs” because it is characterized by the combined use of fists, elbows, knees, shins, being associated with a good physical preparation that makes a full-contact fighter very efficient. On Muay Thai, the major part of aggressive attacks is done at a close distance from the victim (punches, stabs, pointed weapons, stick hits…etc.), which makes Muay Thai one of the best options to defend oneself in these cases. Almost all techniques in Muay Thai use the entire body movement, rotating the hip with each kick, punch, elbow and block. It is often in the clinch where knee and elbow techniques are used. To strike and bind the opponent for both offensive and defensive purposes, small amounts of stand-up grappling are used in the clinch. Women around the world over are looking at Muay Thai as an ingenious way to feel safer and to enjoy other benefits too such as keeping themselves fit and healthy and feeling on top of the world.